Using GigaSpaces IMDG as a cache provides you the following benefits:


For best performance, use the ALL-IN-CACHE cache policy with the write-behind mirror. This will ensure maximum hit rate when accessing the cache. With this mode, you should make sure the cache can accommodate all the data you will access.

Together with the in-line cache and side cache scenarios, you can also use a client cache. This client cache may host data loaded from any IMDG partition. The client cache data access does not involve any serialization or network calls.


By default, client cache is not enabled. 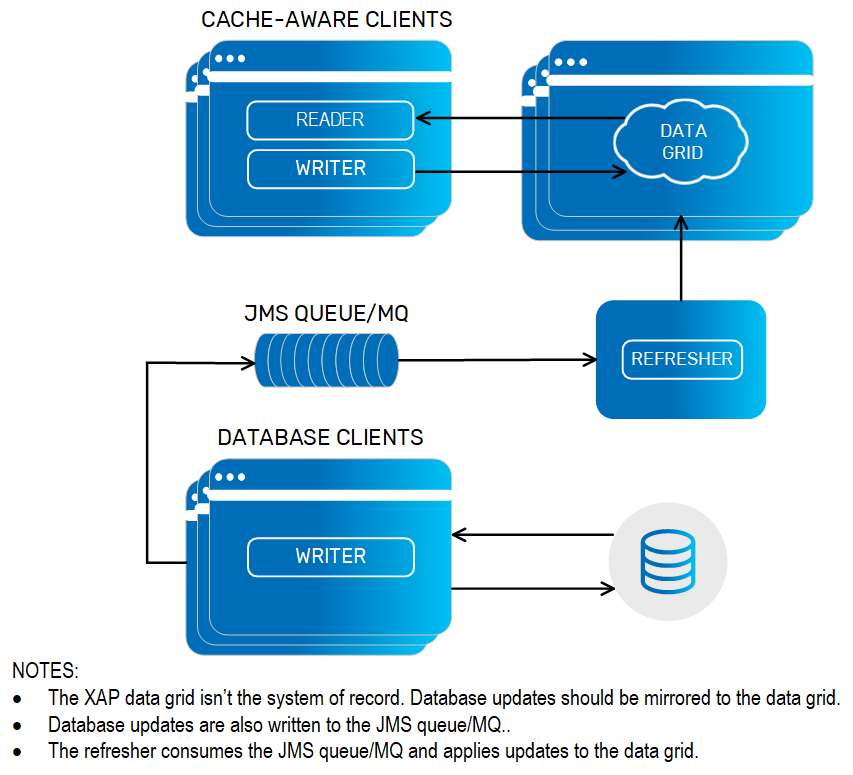 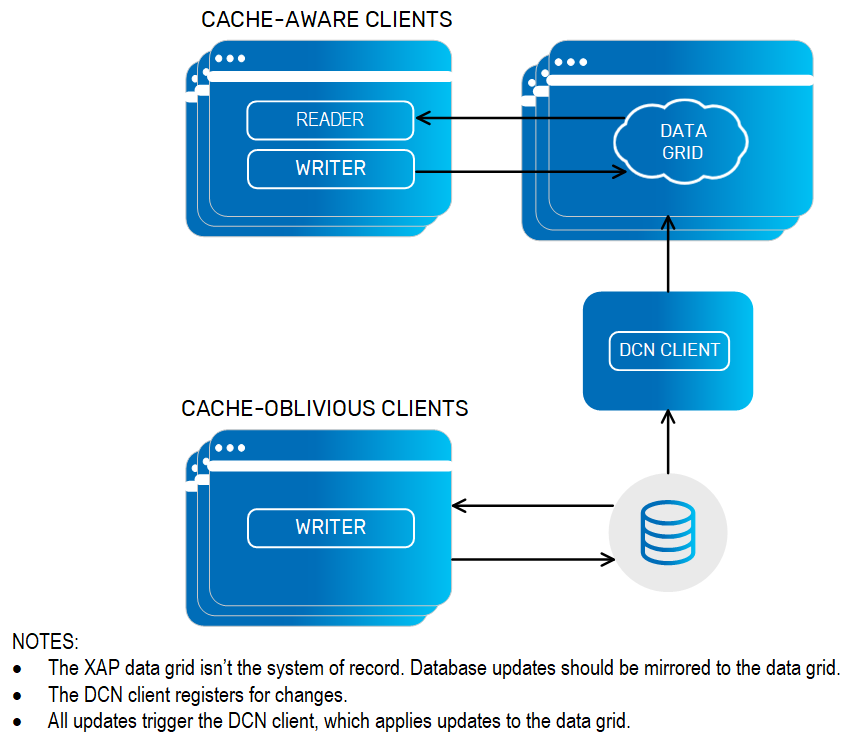