OpenSpaces supports Task execution in an asynchronous manner, collocated with the Space (Processing Unit that started an embedded Space). Tasks can be executed directly on a specific cluster member using routing declarations. Tasks can also be executed in “broadcast” mode on all the primary cluster members concurrently and reduced to a single result on the client-side. Tasks are dynamic in terms of content and class definition. (The Task does not have to be available within the space classpath.) 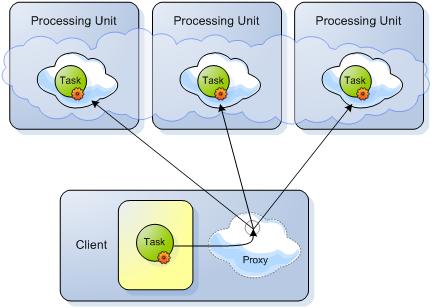 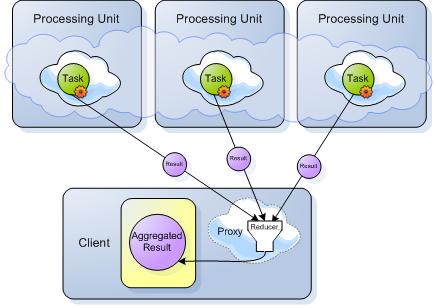