With the global LUS setup you should rely on multicast lookup discovery mechanism to locate running lookup services. This discovery process executed by the service grid components (GSC , GSM) - configured via the XAP_LOOKUP_GROUPS environment variable) or client applications when constructing their data grid proxy - configured via the groups URL String (i.e. jini://*/*/DataGridName?groups=myGroup) or lookup-groups spring property as part of the pu.xml. Another alternative is to use unicast based lookup discovery and specify with the XAP_LOOKUP_LOCATORS environment variable all existing and future machines that are running/may be running the LUS. Same with the space Url on the client side (i.e. jini://LUS_HOST1,LUS_HOST2/*/DataGridName). In most cases its much simpler to use the multicast lookup discovery mechanism. 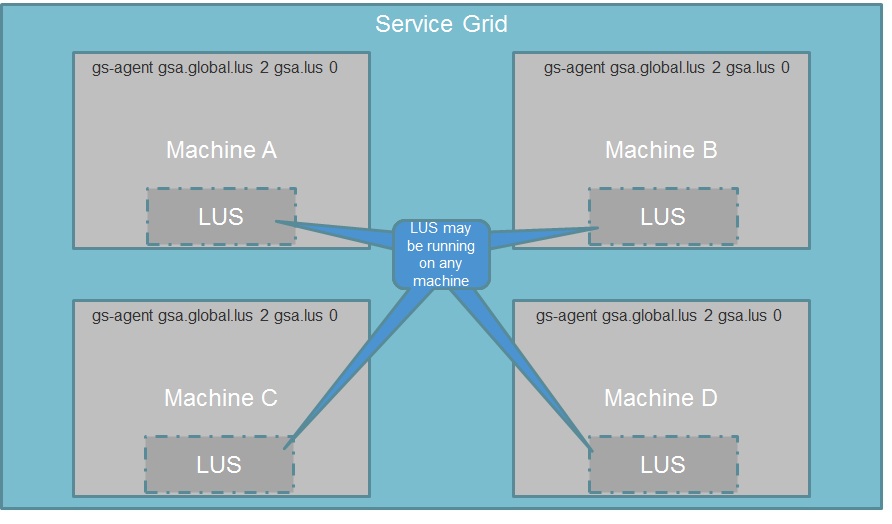 With the local lookup service setup you should specify a list of known machines to run the LUS. This list (two recommended) should be configured on the service grid via the XAP_LOOKUP_LOCATORS environment variable (comma delimited) and also with the client application space URL (i.e. jini://LUS_HOST1, LUS_HOST2/*/DataGridName) or via the lookup-locators Spring property . 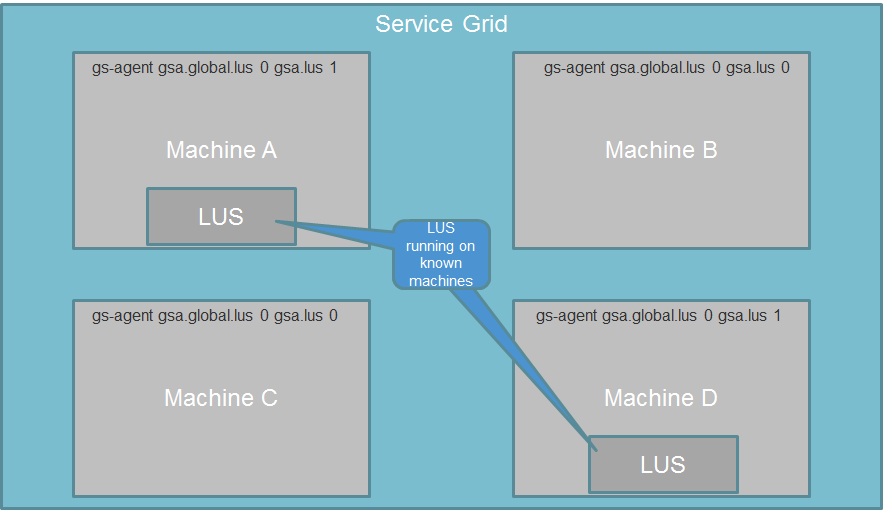