The number of backups per partition is zero or one.

For more information about replication topologies, refer to Replication Topologies.

For more information about synchronous replication, refer to Synchronous Replication. 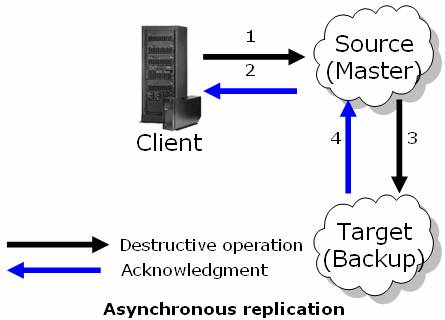