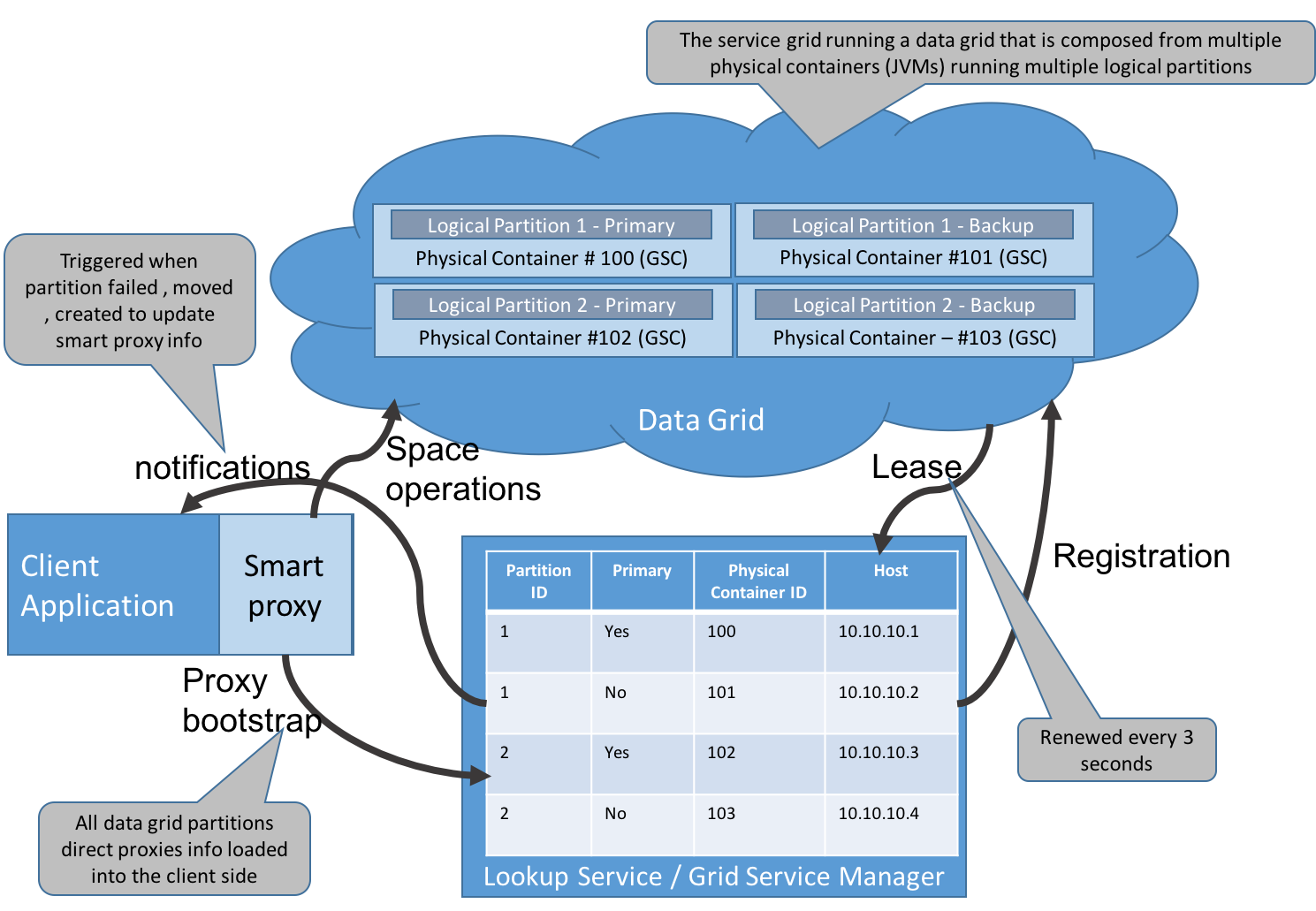 You will have to make sure the GigaSpaces agent (GSA) and its managed processes, specifically the GCSs , have the same locators configuration (XAP_LOOKUP_LOCATORS environment variable) as the client, to allow these to register themselves within all running lookup services.

Services will use the locators property to locate the Jini Lookup Service to lookup other services registered on it. The locators property is configured using the XAPLOOKUP_LOCATORS environment variable or the -Dcom.gs.jini_lus.locators system property. By default it is left blank. It accepts a comma separated list of host:port. This list should include the hosts (and ports) where the Jini Lookup Service (or GSM) is running. The default port is 4174.

Set the XAP_LOOKUP_LOCATORS system property in $GS_HOME\bin\setenv.bat/sh to match the port number you defined (in this case, host:1234). That is required if you specify an explicit unicast/locators port, otherwise the service will use the default port if not set explicitly.