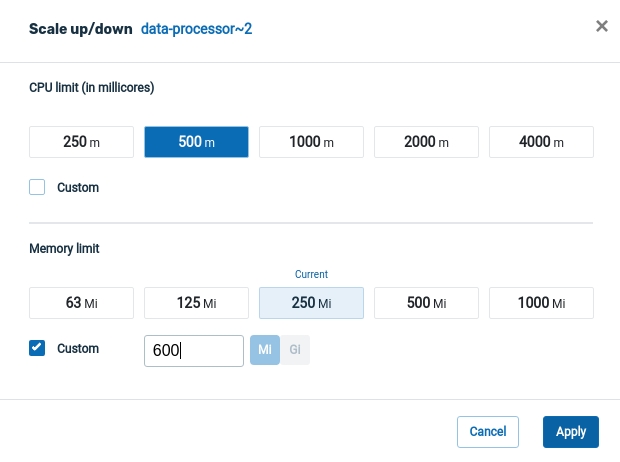 In this Kubernetes example, the user chose a CPU value of 500m (millicores), and a RAM size of 600 MiB. Light blue values indicate the original, default values for these parameters. 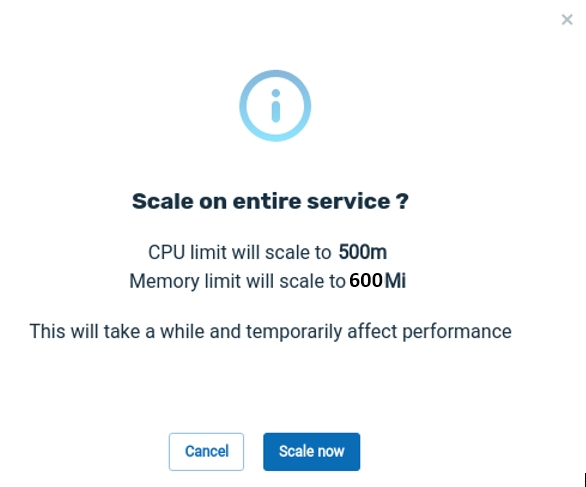 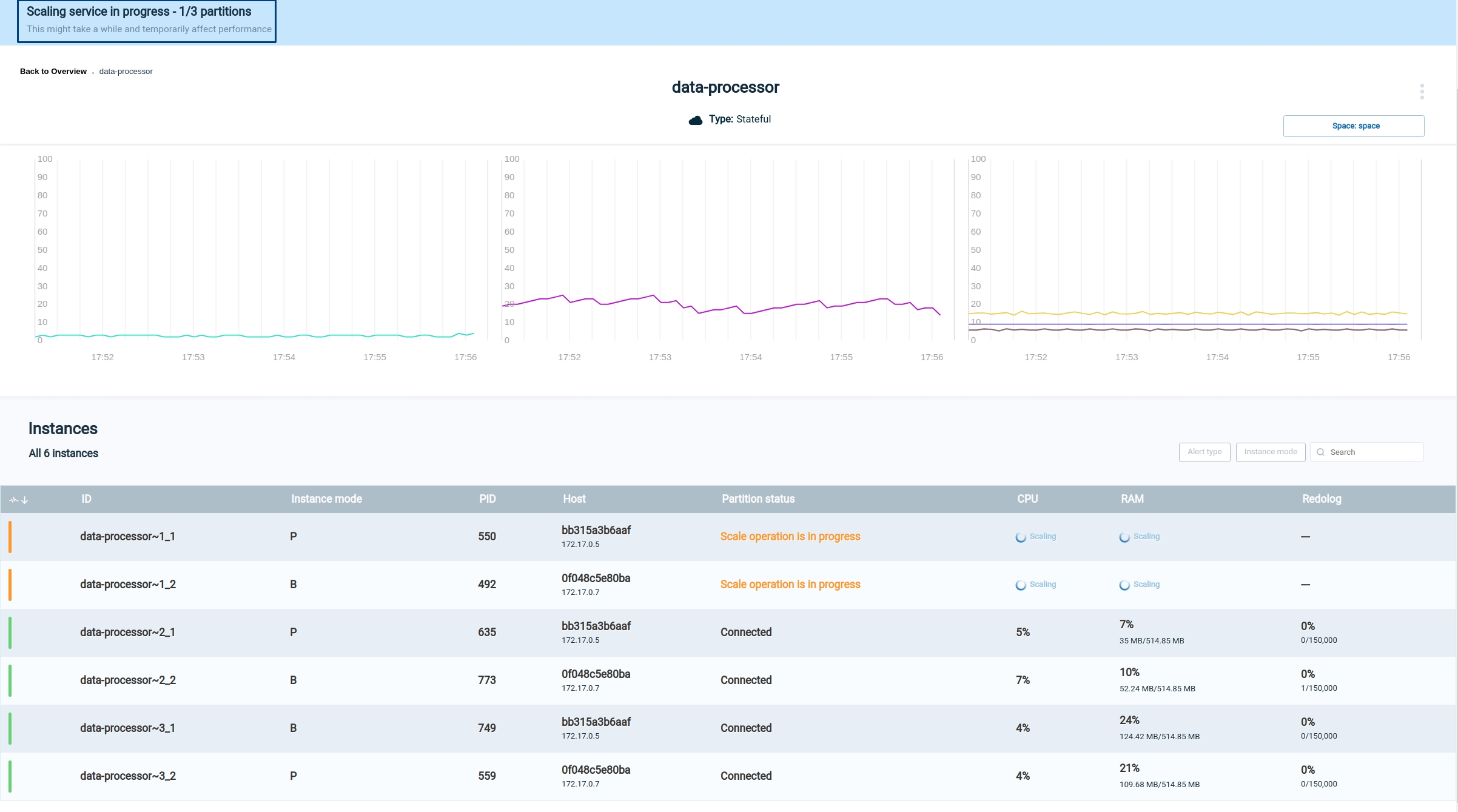