Horizontal scaling, referred to as On Demand Scale Out/In, means to increase or reduce the number of partitions allocated to a service. 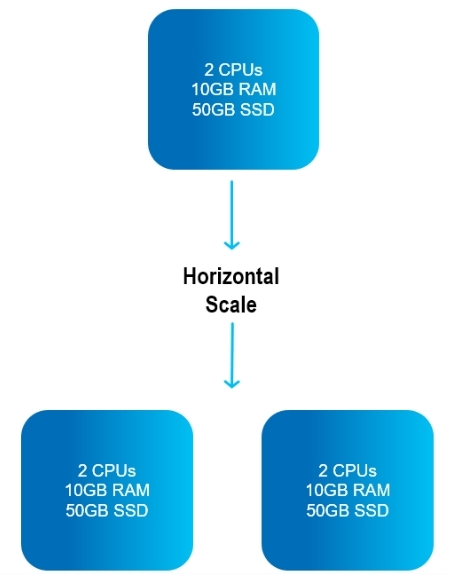 If the application involves few cross-partition joins, it may be appropriate for On Demand Scale Out/In.

On Demand Scale Out/In will cause a temporary quiesce of the affected partitions. It is recommended to perform the scaling operation during an off-peak period.

On Demand Scale Out/In is available for a partitioned cluster schema with a high availability cluster.

To enable Scale Out, the service must be deployed with the following property:

Capacity planning should include the RAM resources to accommodate the additional partitions during the Scaling Out process.

in ServiceGrid, the GSC's must be initially spawned by the user before performing a Scale Out operation.

Click on the service card of the desired service in Ops Manager. The Service Details screen will display:

Note the ellipsis menu (three vertical dots). Click on the option On Demand Scale Out/In. Depending on the method of orchestration you are using, the next screen will appear as follows:

In the example above, there is currently one partition alocated for the service. You can choose one of the suggested numbers of partitions, or press Custom to choose any number of partitions. Note that the new partitions will all have the same allocation of RAM and CPU as the existing partitions. 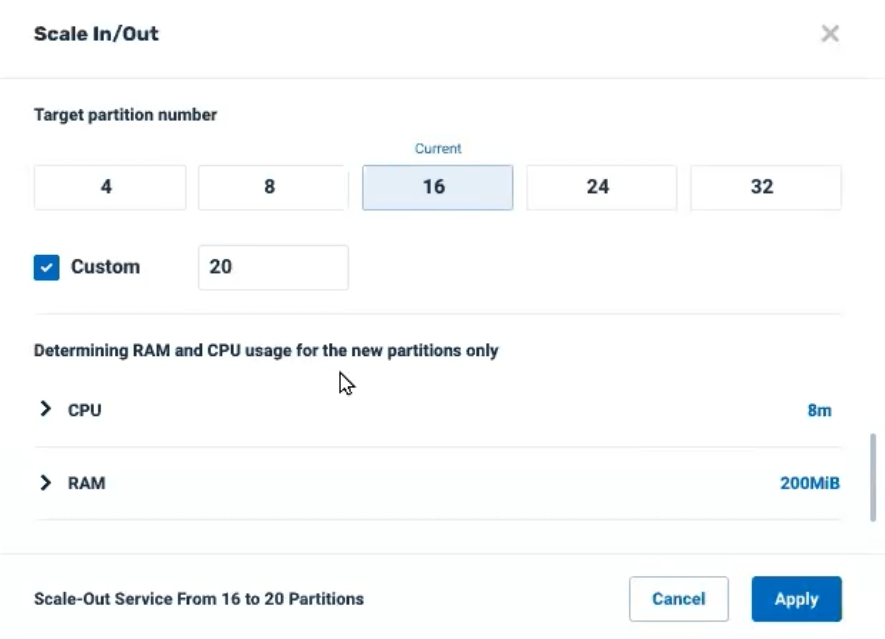 In the example above, there are currently 16 partitions using the service. You can choose one of the suggested numbers of partitions, or press Custom to choose any number of partitions.

In our example, we will scale to two partitions:

After entering the desired values and pressing Apply, the system will display a confirmation screen: 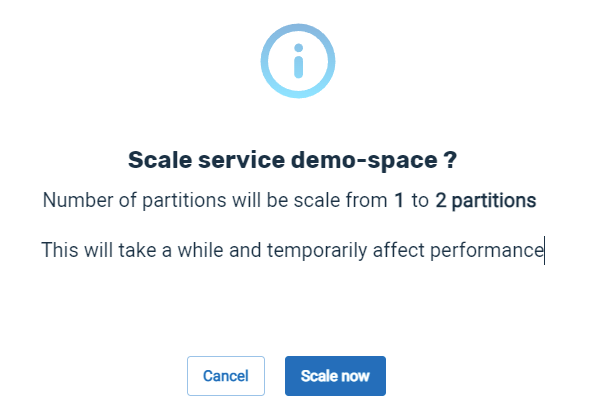 As the scaling is underway, a progress message will display in the screen banner:

Note that while the scaling is in progress, the status of the individual affected services will display in the Service Details screen:

The Space is rescaled to the desired number of partitions.

Request Status of a On Demand Scale Out/In Request

The status of the scaling request is displayed.

During a Scale Out operation, the first read/write operation will trigger a Java exception, which can be handled as follows. The example is for a writeMultiple operation.

Subsequent read/write operations will not raise this exception.

The following features are not currently supported for On Demand Scale Out/In: