In addition to native support for Apache Zeppelin, which is used primarily by Python and Scala developers, the R programming language can be used for statistical computing with InsightEdge. R provides a wide variety of statistical and graphical techniques to apply on the objects in the InsightEdge data grid.

This topic describes how to run R with InsightEdge.in the Apache Zeppelin web notebook.

R must be installed, along with any of its packages required for your purpose. To install R in Linux run the following command:

Running R from the Zeppelin Notebook 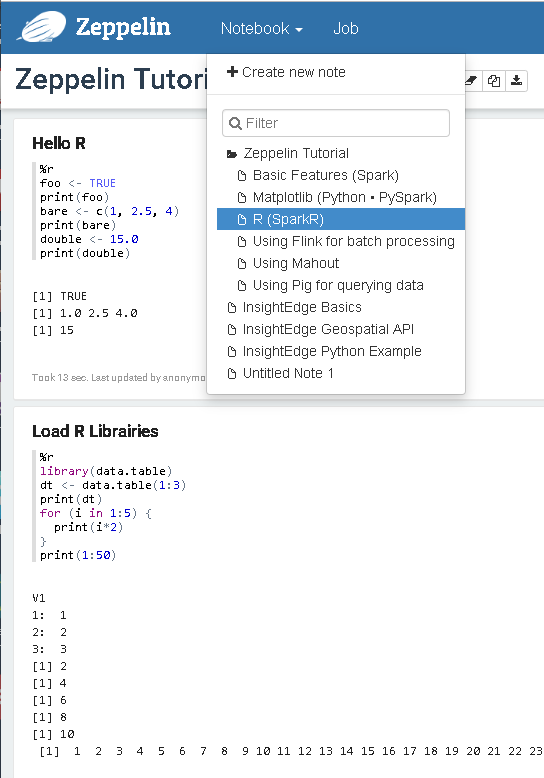 Before running the example below, install these 2 R packages with the following commands:

To read your data from the grid and write data back to the grid, create a new note with R commands similar to this sample: